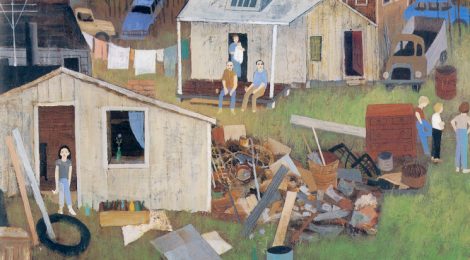 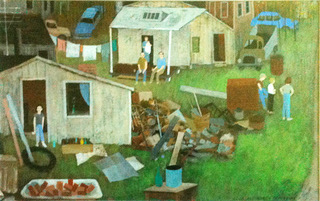 The people who lived on Shaker Lane took things easy.
Their yards were full of stuff –
old dressers to go inside,
carts that would never roll again,
parts of old trucks,
stove-pipes, piles od rotten wire and thin cans.
Some people would have liked to see that Shaker Lane disappeared forever.
When the big yellow school bus came down Shaker Lane,
the kids would yell’
‘Aker, baker, poorhouse shaker!’
sometimes there were fights

The Rurality seminar is the first event of the ARENA rurality network, aiming to connect schools embedded in rural territory around common education and research issues. The one-week seminar is organized as a hybrid platform for teaching, researching and networking. It connects speakers and workshop teachers from several European countries with a highly international student representation of the Burgdorf, Geneva and Fribourg sites of the Western Switzerland and Berne Universities of applied sciences, Jointmaster of architecture.
A call for conference and workshop abstracts has been published, speakers and workshop teachers have been selected by a scientific committee. The aim of the seminar is to make visible various challenges and ways in which ruraliy is understood and worked on in different areas of geographic Europe.

The seminar is articulated around the theme of rurality understood as a body of economic, ecologic, societal and ethical attitudes, richness and qualities, a renewed understanding of which in a contemporary setting can help us rethink the human habitat. It’s aim is to develop a sensibility to the rural habitat beyond (often pejorative) economic, political and cultural connotations, and, beyond usual representations and feelings – as peasantry, an esthetic landscape, an urban resource territory, a dormitory suburb – to look for it’s potential as an intense heritage of signifiers that may rival with other forms of habitat in terms of density and living qualities.