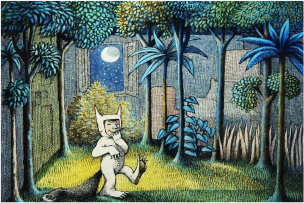 Rurality can be understood as a body of economic, ecologic, societal and ethical attitudes, richness and qualities. Exploring rurality in a contemporary setting of sustainability can help us rethink the human habitat.

In 2013 the inaugural Rurality Network conference1 succeeded in bringing academics and practitioners from architecture and the built environment into contact with the work of internationally respected agronomers, environmentalists and geographers researching rural environments and their particular kinds of social occupation. The emphasis of this second rurality conference is upon the representations and designs of rural space and culture and how they relate to rural experiences.

Our interest is not only in places and cultures outside the city; the location and meaning of rurality is not clear cut. After all many contemporary spatial types with rural traits transgress perceived urban-rural divisions, such as urban gypsy settlements, city farms, nature parks and so on. Similarly many countryside landscapes and villages are occupied as extensions to urban lifestyles. And in any case, as Marc Mormont surmised, the rural ‘..is a category of thought’2 or as Simon Schama put it ‘Landscapes are culture before they are nature; constructs of the imagination projected onto wood, water and rock’.3
Re-imagining Rurality invites spatial practitioners, writers, artists and others whose work relates to the built / cultivated environment to re-consider ideas of rurality by interrogating the representations, designs and cultural values of new and traditional rural landscapes and settlement forms. It asks what the role of creative practice should be in constructing, de- constructing, or maintaining rurality.

The conference will take place in London, a city whose pre-occupation with concepts of rurality is evident in its picturesque squares, parks and suburban gardens. Its protected green belt, a milestone of planning history, is threatened by new exploitations, such as shale gas fracking and housing development. To what extent should a city like London re- think its relationship with rurality? What and who is the countryside for?